Broadly, there are two grading patterns used in the German education grading system:

If you see the grading pattern from grades one to six, they stand for:

Grade 2 – Good; all expectations have been met in full (Gut)

Grade 5 – Poor deficient; minimum expectations have not been met, although the candidate has demonstrated a basic grasp of the main concepts (mangelhaft)

Grade 6 – Extremely Poor inadequate; the candidate has failed to demonstrate coherent knowledge of even the basic main points (ungenügend)

The last two are considered to be failed while the above four are passed, 1 and 2 to be considered as passing with flying colors.

From points 6 to 8 – Satisfactory

From points 0 to – Extremely poor

To obtain the degree of Abitur, the points scored in all the previous year’s exams are also considered, along with the points secured in the final exam. To be able to apply for higher studies you need to obtain a certain grade which is to be translated for foreign students. Only after all these grades are accumulated, your final degree be considered complete. 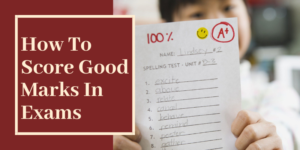 learn more
PrevPreviousDual Study and its importance
NextWhat is Studienkolleg and Is an ECL Certificate Helpful?Next