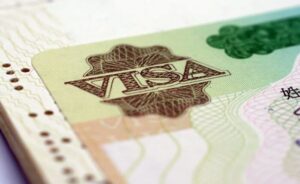 Germany is the place to go for higher education quality, research infrastructure, instructional methods, low-cost studies, and employment opportunities. As a result, many international students believe that Germany is the best place to complete their education.

In recent years, Germany has been an increasingly essential aspect of international education. According to UNESCO data, the country surpassed France as the fourth-largest host country for international students globally in 2016, trailing only the United States, the United Kingdom, and Australia. Germany has become a popular study location for students from all over the world. Germany’s growing appeal as a study destination is astonishing, given that it is not an English-speaking country. This expansion would not have been feasible without the government’s and higher education institutions’ well-organized and well-funded globalization and marketing efforts.

For students of various ethnicities and origins, Germany is also a wonderfully accepting and inclusive location. In reality, 12% of all enrolled students at German universities do not have a German passport, making them particularly international.

On the other hand, not every foreigner is capable of pursuing such a goal right away. This is because many countries are prohibited from entering and remaining in Germany without a valid German visa.

A visa is a government document that allows a non-German national to enter and stay in Germany for a specific period to study. The best time to get a German Student Visa is as soon as possible or before a minimum of three months before the move to the country, and this gives them more than enough time to solve any problems that might come up during the application process. There is no fixed period where you should make the visa application, but it is highly suggested that you do it early enough in advance of your planned travel to Germany.

A student can enter Germany for up to three months on a German Student Visa after being approved to study for a Masters’s (or other degrees) (Visum Zu Studienzwecken). They can use this visa to apply for a residence permit for the duration of their study.

Students must engage in university admissions processes to receive the Student Application Visa (Visum Zur Studienbewerbung). This visa allows students to enter Germany for three months (six, with an extension). With this visa, they can apply for a Student Visa.

Germany has grown to prominence as one of the most popular higher education locations. Unlike any other country, Germany offers internationally recognized degrees that guarantee high employability and cheap living costs. With its numerous internationally renowned universities and a variety of possibilities to choose from, Germany offers globally recognized degrees that guarantee good jobs and affordable living costs. Indian students aim to study at prestigious institutions overseas to expand their career chances. Still, they are unable to achieve this goal due to a lack of understanding and financial constraints.

Many countries are working to make education more inexpensive for non-native English speakers. Still, Germany leads the way in providing free education to students across a wide range of areas. At public universities, tuition fees can now only be collected in a few cases. Additionally, German administrations have recently recognized the economic and social benefits of immigration. Germany aims to encourage the world’s brightest minds to come to the country to study and, ideally, stay and work. Despite being one of the world’s wealthiest countries, Germany’s living costs are comparable to those of other EU countries. In truth, Germany is less expensive to live in than the UK, Italy, Denmark, Norway, France, or the Netherlands and ranks 15th in terms of living costs.

One of the major benefits of studying in Germany is the World-Class education provided by its universities. A diploma from one of the world’s most prominent universities will be highly valued worldwide. Teachers in Germany must complete a rigorous training program before being eligible to teach, ensuring that schools have world-class employees. One of Germany’s most enticing characteristics is its cultural diversity, and Germany also has some of the world’s top job opportunities.

Germany is one of the safest countries for international students to study in. Germany is a rather safe country, so there’s no need to be concerned. Furthermore, most international students prefer to stay in Germany and find work after finishing their education, showing a high level of pleasure. In the Global Peace Index 2019, Germany is ranked 22nd out of 163 countries, making it one of the most peaceful, and it is ranked 20th in terms of societal security and safety.

Germany’s universities have strong ties to the country’s enormous industrial and corporate world, offering graduates lucrative career opportunities. The government acknowledges a few remarkable colleges sponsored by religions and private groups, although most institutions are state-owned and supported. The German economy is flourishing, and certain companies are desperate for labor. The number of people working climbed by 2.88 million from 2012 to 2017, to 32.16 million, a new high.

Germany’s education system is a well-known scientific and research destination, with universities, art and music schools, and institutions of applied sciences.

learn more
PrevPreviousTips for International Students: How to Lower Your Living Expenses in Germany
NextA guide to a student residence permit in GermanyNext