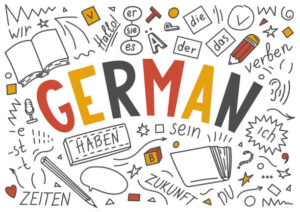 Germany is the place to be for higher education quality, research infrastructure, teaching approach, low-cost studies, and career prospects. As a result, many international students believe that Germany is the most excellent destination to further their studies.

According to UNESCO data, Germany outdid France in international student enrollments as the fourth-largest host country in 2016 for international students worldwide after the United States, the United Kingdom, and Australia. Germany has become an attractive study destination. Given that Germany is not an English-speaking nation, its growing popularity as a study destination is remarkable. This growth would not be possible without the well-organized, well-funded globalization and marketing strategies adopted by the country’s government and higher education institutions (HEIs).

Germany is also a very inclusive and welcoming destination for students from all cultures and backgrounds. 12% of all enrolled students at German universities do not own a German passport, making the universities extremely global.

On the other hand, not every foreigner is immediately able to follow such an ambition. This is because numerous nations are not permitted to enter and remain in Germany without a valid German visa.

A visa is the authorizing government document required to allow a non-German national to enter and stay in Germany to study for a set amount of time.

After being accepted to study for a Master’sMaster’s (or another degree), a student can enter Germany for three months on a German Student Visa (Visum Zu Studienzwecken). They can apply for a residence permit for the duration of their course using this visa.

Students must participate in university admissions processes to obtain the Student Application Visa (Visum Zur Studienbewerbung), which authorizes them to enter Germany for three months (six, with an extension). They can apply for a Student Visa with this visa.

They can also use this visa to travel to other countries after receiving it from the German consulate. They are permitted to travel throughout the Schengen area, which includes Austria, Belgium, the Czech Republic, Denmark, Estonia, Finland, France, Greece, Hungary, Iceland, Italy, Latvia, Lithuania, Luxembourg, Malta, the Netherlands, Norway, Poland, Portugal, Slovakia, Slovenia, Spain, and Sweden, according to the Schengen agreement.

Germany is, unsurprisingly, one of the top foreign student destinations in the world. Unlike any other country, Germany offers internationally recognized degrees that guarantee high employability and cheap living costs. With its numerous internationally renowned universities and a variety of possibilities to choose from, Germany offers globally recognized degrees that guarantee good jobs and affordable living costs.

It is incredibly complicated to get visas for some countries. Germany is also considered one of those countries, but as long as Students fulfill all the criteria, there is a meager chance that their visa application will be rejected.

To get a German Student Visa, you’ll need to contact the local German embassy or consulate in your home country.

Depending on the embassy, you may also be required to present documentation of your lack of a criminal background. Depositing a security payment into a blocked account – which means you won’t be able to withdraw the money until after you arrive in Germany – is one way to demonstrate you have the funds to study in Germany. If you intend to study in Germany for more than 90 days, you should apply for a National Visa for Study rather than a Schengen Visa, which only allows you to stay for three months in Germany. You will need to apply for a residence permit on arrival in addition to your student visa.

Thousands of scholars from all over the world entrust their education to German universities every year.  Germany provides something exciting for everyone to experience, with history and lifestyle as diverse as its population. Around 11% of students enrolling in German universities are from other countries, making it a remarkably diversified community to live in. International students of all nationalities and origins will find Germany to be an enjoyable and inviting place!